Opinion: Open Letter to the American School for the Deaf Board of Directors:

DISCLAIMER: This letter was submitted to Deaf Vee Journal for public distribution. The distribution of this letter is not an endorsement of opinion by the Deaf Vee Team.

April 29, 2022
To: Jonathan N. Rubin, President
The Board of Directors for the American School for the Deaf

Dear Mr. Jonathan N. Rubin and the Board of Directors for the American School for the Deaf,

This letter is written on behalf the residential counselors, teacher aides, and teachers at American School for the Deaf. We are writing to express our concerns regarding the leadership decision-making that has demonstrated wanton disregard for the safety of the student body, of the employees, and the ongoing failures to create a workplace that is safe and respectful in which all employees may come to work without fear of retaliation or subjected to hostility. American School for the Deaf staff have become aware of an incident of allegations of sexual misconduct by a member of the administration by Assistant Director of Student Life Brad Garvin-Nusz. This incident was preventable had Executive Director Jeff Bravin and former Director of Human Resources, current Director of Student Life, Patricia Schoenfield acted when they had become aware of other allegations of violence by Brad Garvin-Nusz over his several years of employment at American School for the Deaf.

This is the second allegation of sexual misconduct by an employee of Jeff Bravin’s administrative team member that has been made public in the last eight months. This has continued a pattern by Jeff Bravin, and by proxy, Patricia Schoenfeld, in overseeing and allowing a workplace culture of disrespect, hostility, oppression, and retaliation against grieved students and employees.

In the overhaul of the Student Life Department, the administration also brought on Chris DiSantos as the interim Athletic Director of American School for the Deaf. His appointment to this role is noteworthy as his resignation from Lexington School for the Deaf was under a cloud of allegations of inappropriate conduct with female students. This overhaul also noted the announcement and appointment of Keri Weston-Thomas to the role of Culture Diversity Coordinator for Student Life following staff allegations of sexual misconduct in the workplace with a co-worker during school hours on school property. Keri’s new position will place her in a position of authority over the employee which she engaged in sexual activities with on duty during school hours, putting the school at serious future legal risk.

Jeff Bravin and Patricia Schoenfeld have not taken incidents and reports of sexual misconduct, disrespect, and hostility in the workplace seriously. Their decisions and actions have enabled and protected employees who engaged in misconduct and created a hostile working environment.

Jeff Bravin and Patricia Schoenfeld were aware of the above concerns and issues, yet wrote in the January Weekly Newsletter, stated that his decision was rooted in developing a culture of respect and safety for the students and staff. Jeff’s decision caused irreparable harm to the school, the public image, and the culture when he removed individuals from the department without cause to promote the above individuals.

1) We call for the immediate removal of Patricia Schoenfeld from her position as Director of Student Life at American School for the Deaf for her shortcomings in addressing multiple incidents of sexual misconduct and the creation of a hostile workplace that allowed these individuals to thrive that put the staff and students at severe risk of harm.

3) We request an independent investigator into the wide range of alleged incidents and documentation of the school’s response to determine if the school took the necessary steps to protect the students and staff when incidents were reported.

We the staff members of the school are gravely fearful of retaliation against us for reporting incidents, as such this letter is submitted with respect and done so anonymously.

The above incidents are only a small sample of severe ongoing issues that continue to gain deeper roots into a once safe and respectful working community that must be stopped.

Respectfully Submitted,
The Student Life Team, Teachers, and Teacher Aides of American School for the Deaf 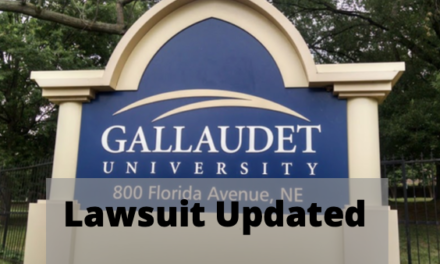 Florida School for the Deaf and Blind Reopening Plan 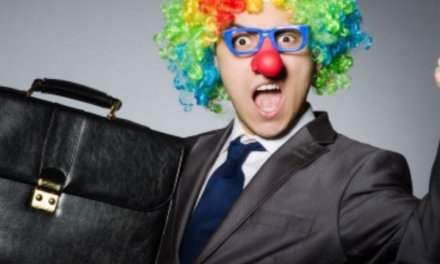