Updated on October 25, 2020, with a link to Steve Weiner’s Vlog sharing concerns about lack of professionalism on the agency’s part.

The Commission for the Deaf and Hard of Hearing is currently looking for a new Commissioner. The Boston Globe announced that the state has decided to terminate Steve Florio’s contract with the Commission following a 3-month long investigation. In their vlog to the community, The Executive Office of Health and Human Services (EOHHS) secretary Marylou Sudders made an announcement of the search. There is no formal mention of Florio being terminated.

“effective immediately EOHHS will commence a search for a new Commissioner to lead the Massachusetts Commission for the Deaf and Hard of Hearing [MCDHH]. During the search, we are mindful that the new Commissioner must be well versed in the issues important to the Deaf and Hard of Hearing communities, be proactively engaged, provide support to MCDHH staff, and promote diversity. Secretary Sudders is grateful to Patricia Ford for her commitment and willingness to provide steady leadership until a new Commissioner is selected. The Secretary also appreciates the community’s continued support of MCDHH. Thank you.” (Message to the Community)

Community members have had mixed reactions. Carey M Ballard reacted to the termination of Florio by stating that cancel culture is getting out of control however others are quick to jump in and state that there are issues within the agency that were never shared with the public due to confidentiality reasons. “This investigation was from current employee grievances reported. Grievances are confidential to protect employees therefore we do not have the full story” stated Leslie Pierce. There are posts in The Voice of the Deaf Community in Massachusetts Facebook group that go as far back as July that state that there had been internal issues with Florio and that this investigation was not solely because of the revelation that he was a member of Kappa Gamma, a Gallaudet fraternity linked to multiple photographs of something they cite is the Bellamy Salute but is also known as the Nazi Salute, along with wearing KKK like robes.

George Balsley wants to know how he can move forward with his inquiry for additional information about the situation. Balsley also mentions that the Massachusetts State Association of the Deaf [MSAD] along with other people had written letters to MCDHH and EOHHS inquiring about the results of the investigation. “For two weeks, no response and now this? Did they just wake up yesterday?” (Balsley)

Some people stated that they have always respected Florio when he worked for the Rhode Island Commission and now with his “premature termination”, they are feeling embarrassed to be a Massachusetts native. Boston Globe’s article indicates in their title that Commissioner Florio had been terminated for his participation in Kappa Gamma. This presents a dilemma within the community on whether the former commissioner had been terminated because of behaviors they cite was “31 years ago” or if he had indeed been terminated for more recent concerning behaviors.

Overall people are questioning the due process that was involved and the lack of transparency by Massachusetts Commission for the Deaf and Hard of Hearing (MCDHH) in this process. Steve Weiner posted a vlog on October 25, 2020, sharing this concern. (Steve Weiner’s vlog) Part of the frustration that community members have includes the fact that it was hearing people that initiated this process and essentially terminated him. There are also community members that are concerned about the continued leadership by Patricia Ford. During the time that Florio has been gone, there have been numerous issues with obtaining interpreters for MCDHH meetings with varying stakeholders, community members being concerned about Ford’s ability to maintain the importance of confidentiality. Ford allegedly has a history of sharing private information about community members for the sake of conversation. An issue that was brought up on July 31, 2020, which was about the voter registration announcement not being accessible. (Deaf Vee Journal) There has not been any improvement of access and services to the Deaf community since then.

The most recent example of Ford not providing access when necessary was the meeting that was supposed to take place on Monday, October 26, 2020. MCDHH contacted the MSAD President to let them know that their meeting would have to be canceled and then rescheduled for a later date because they can’t “find a second interpreter”. (MSAD Announcement) It has been reported to Deaf Vee Journal by community members that MCDHH is responsible for obtaining interpreters for mayor announcements among other important meetings and can’t seem to find a second interpreter for this meeting that would allow community members to voice their concerns about the termination process. 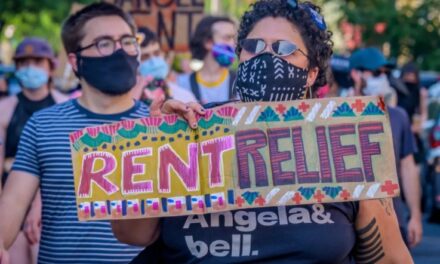 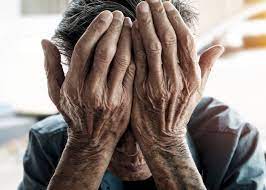 What You Don’t Want Happening to your Grandparents 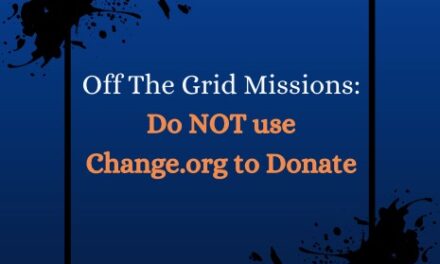 Off-The-Grid Missions: Do NOT use Change.org to Donate