Remake of Beauty and the Beast

Walt Disney has outdone themselves with the remake of Beauty and the Beast.  This recreation has taken a old favorite and turned the animated movie into a live action. The first trailer came out and reactions have been phenomenal.

People will have to wait until March 17, 2017 to see the movie and when they do, they will cry both happily and in a sad way, connecting with the main character, Belle (Emma Watson) as she experiences the ultimate love story.

Beauty and the Beast was not originally written by Walt Disney. Beauty and the Beast is a fairy tale that was initlally documented by a French novelist, Gabrielle-Suzanne Barbot De Villeneuve in 1740. It has been since rewritten and there are variants of the tale throughout Europe. Even though Gabrielle was the first person to write it in French, the story is believed to be over 4,000 years old.

It has been 25 years since the animated version of Beauty and the Beast was released by Walt Disney and many of the young adults today grew up watching it. Emma Watson, according to MTV “Is the living embodiment of Belle.” (Stacy Grant) 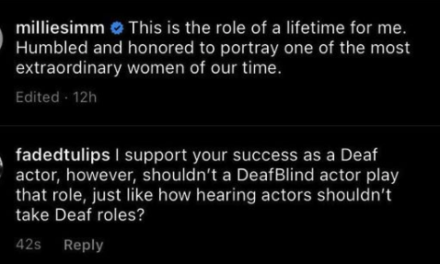