FCC Needs To Update Its Outdated Rulings For Captioning

Captioning issues are believed to be a thing of the 80’s. When those unique decoder boxes on top of the television did not work, the world stopped spinning for the viewer. Television sets have since 1993 been required by federal law to include such decoders to be built in.

“Closed captioning provides a critical link to news, entertainment and information for individuals who are deaf or hard-of-hearing. For individuals whose native language is not English, English language captions improve comprehension and fluency. Captions also help improve literacy skills. You can turn on closed captions through your remote control or on-screen menu” (FCC – Closed Captioning on Television).

Now, to address the diverse televised broadcasting industry, broadcasters are required by law to have their television shows be closed captioned and this ruling is enforceable by the Federal Communications Commission (FCC) but there are some exceptions to this paramount rule. Many campaign events or advertisements that run under 10 minutes that are broadcast on television are not closed captioned because they fall under the categories the FCC has established for exceptions.
The FCC has listed off several exceptions that allow providers to avoid captioning television shows. These exceptions are split in two categories, Economically Burdensome Exemption from Closed Captioning Requirements and Self-Implementing Exemptions.

Under the economically burdensome exemption, the provider has to prove that it would be burdensome financially on them to provide captioning. “A petition must include facts demonstrating that implementing closed captioning would be economically burdensome, which is defined as a significant difficulty or expense” (FCC). There is no form to fill out and while there is an active petition, the show or subject of petition is exempt until a decision is made by the FCC.

The second category is self-implementing exemption and this one is automatic. This is the category that many politicians use to their advantage because public service announcements that are under ten minutes are not required to be captioned. They must also not be funded by federal dollars and many campaigners do not obtain federal funding for their campaigns. For more information about the self-implementing exemption, check out the “Exempt Programming” segment on the FCC website under Closed Captioning on Television.

Campaigns are a very important part of American politics because it is a democratic country. With that in mind, people may wonder how they can push for captioning during campaigns. There is a very active campaign called, “Captions Capture the Vote” by Collaborative for Communication Access via Captioning (CCAC Captioning), that focuses on the importance of closed captioning or open captioning campaigns for those that want to know what is happening during debates or campaign based commercials.

Part of choosing who to vote for is understanding where they stand on various topics. If people are unable to understand what is being said, they can’t make an informed decision about who to vote for. This could be a major detrimental force behind votes that are being cast by a large number of uninformed individuals. People want to vote but don’t have direct access to information.

Because of this current campaign, there are some political candidates that have committed to captioning everything they show or are involved in. Show support for CCAC Captioning “Captions Capture the Vote” campaign and be sure to ask your local candidates to commit to captioning their messages!

Did Street Leverage Shoot Themselves in the Foot? 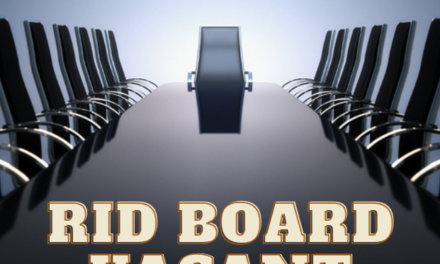 Opinon: How Will RID Select a New President?

Seattle Seahawks Has Competition – Adham Talaat Is Trying Out For KC Chiefs!