This article was submitted to Deaf Vee Journal by Anonymous

Back-to-back calls for your entire shift. No way to effectively call another interpreter to team and support. Being stuck on a lengthy call with no ability to transfer, for hours on end. No differentials. No raises. Regularly being denied PTO. This is the life of a Video Interpreter at Convo Communications.

WHEN IT WAS GOOD, IT WAS BAD

In the Fall of 2020, Convo made one blundering mistake too many and risked gravely damaging the physical health of their frontline staff: Video Interpreters (VIs). At the time, Convo was threatening VIs’ employment status by forcing them to return to Call Centers in the midst of a global pandemic. In response, VIs held firm in their resistance and thanks to public accountability were allowed to continue working remotely.

That incident and the rapidly changing company culture had VIs beginning to question the motivations of upper management, and how they had arrived at such a precarious juncture. After all, hadn’t they made the morally sound choice in choosing to work for a Deaf-centric VRS provider? So why were they being exploited?

Convo management repeatedly makes promises of onboarding new VIs, yet they speak little of efforts to retain their seasoned VIs who are leaving en masse. Once a disruptor in an industry where signed language interpreting has been perverted into a commodity, Convo has caved to the practices of its competitors.

FROM BAD TO WORSE

As the COVID-19 pandemic continued and many VIs worked remotely, Convo promised a teaming feature that would allow for interpreters to team virtually. This was much overdue considering Convo’s strategic marketing campaigns that encouraged callers to use their interpreting services for all virtual meetings. VIs have spent the last year flying solo on these highly technical calls which were sensitive and complex in nature, including legal attestations. All the while navigating a near constant queue of waiting callers due to chronic understaffing.

Those left in Call Centers were instructed to avoid teaming together. Instead they were told to simply transfer the call to another VI after working the mandatory 10-minute minimum if they were unable to see the call to completion. Instead of having a consistent team for the duration of their conference call, callers were now having their one-hour conference call transferred up to 6 times before it came to completion.

On August 19th, 2021, a rudimentary-at-best teaming feature was introduced after months of repeated requests from VIs for more support. Despite being nearly two years into remote VRS interpreting, while virtually teaming Convo VIs still cannot: see each other, communicate with one another in a secure and confidential manner, nor provide ASL feeds to one another. All other major VRS competitors have all of these features and more, and have had them for some time now.

WHAT ELSE COULD GO WRONG?

Upon deploying a dead-on-arrival teaming feature, VIs took note of the unusually long time it was taking to connect with a team interpreter. When a call is routed through a VRS platform, it is placed in a queue based on the “priority” of the call. E911 calls are processed first, before all other calls per federal regulation. Traditionally, transfers and teaming requests were assigned next to relieve the transferring interpreter or provide a VI support, followed by new calls.

VIs were given multiple conflicting narratives by upper management about teaming prioritization, and ultimately it was confirmed that teaming requests were given the lowest priority, thus the delay to secure a team. This hurts callers and VIs who require a team for their call; highly technical conference calls, calls of a sensitive nature, and more, would no longer have the safeguards that an interpreting team provides. Those VIs already in calls would not be able to secure teams as long as new callers were waiting in the queue.

After weeks of being put on ice with disingenuous responses and lacking a unified front from upper management as to what the actual prioritization was, the strain on VIs only worsened. The queue raged on. Turnover began to reach an all time high as the company could barely stay afloat with fewer than 200 VIs to sustain interpreting operations as of October 2021. And in the midst of it all on October 7, 2021, the prioritization changed for the worse to promote new calls over the only remaining reprieve: transfer requests.

Despite no announcement being made, interpreters felt the shift in priority immediately. After years of never waiting more than a couple minutes during the busiest queue, VIs were suddenly waiting over 20 minutes for transfers to successfully connect. This stress test broke the spirits of even the most seasoned VIs. Interpreters left without support and without instruction on what to do when they could not transfer were pushed beyond their physical and mental limits, and reported crying in front of callers.

Convo VIs were at a breaking point. They were staying on calls well over the end of their scheduled shifts, causing them to miss prior commitments. One VI waited nearly 2 hours before their transfer request was finally received. Some VIs sustained physical injuries that prohibited them from working altogether, and others had to deal with the constant fear that they could be the next to get hurt and pushed over the edge. Convo’s ethics come into question when their business practices are causing such drastic mental and physical injuries that some interpreters are considering leaving the field entirely.

Callers were not getting the best of VIs who were overworked and exhausted. Instead of focusing on call content, concerned callers were focusing on checking on their interpreter’s well-being. Whereas industry standard dictates that interpreters should switch every 20 minutes to maintain the integrity of interpreted content, VIs were being forced to stay on extremely dense conference calls for over an hour, drastically reducing the quality of the call.

VIs were led to believe that the delay in a successful transfer request was due to technical issues. Upper management scapegoated the company engineers and outdated system, overwhelming internal technical support with unnecessary tickets per VI reports. VIs were placated by being reminded to take it one call at a time, with relief promised in the form of onboarding new VIs as Convo veterans resigned in droves.

In actuality, this was a change that was implemented at the request of upper management, and not something to be fixed. After all, when more VIs are working solo and unable to transfer calls, many more reimbursable minutes are being added to the company’s bottomline.

On October 11, 2021, Vice President of Interpreter Operations Monique Clark responded to the myriad of VIs grievances, insisting that transfer and team requests should hold the lowest priority. She announced that this was “the correct call prioritization” and verified that the update was an intentional change back to the way she alleged it had always been. This means new calls are processed before fully serving existing calls, preserving the Average Speed of Answer over the health of VIs and the needs of Convo’s callers.

When VIs spoke out about how Clark’s narrative of “this is how it’s always been” contradicted their lived experiences, instead of validating feedback from VIs and investigating further, Clark gaslighted the entire VI workforce. Any pushback from VIs about the obvious change in the system they use every day was met with attempts to discredit their experience and silence their feelings. Clark continued to feed VIs misinformation, stating that she was “sorry that [VIs] were told differently” but “in the past new calls have always been delivered first.”

ALONE WE CAN DO SO LITTLE…

It was not until the change was questioned on a company-wide platform by one emboldened VI that the eyes of multiple departments on an open forum forced their hand, and upper management validated the new order in call priority. It was at this point that the hearing President and COO Brandon Arthur, founder of Street Leverage and CEO of signglasses, expressed remorse for what he spun as a “mistake.” VIs were provided with a script by Eastern Regional Director Mary Bacheller to relay to video callers upon connecting. This script falsely informed callers that the inability to transfer in a timely fashion was due to a “technical issue”, and that callers could anticipate unexpected disconnections mid-call. Internally they sanctioned that if VIs could not withstand the duration or demands of the call, they were free to abruptly disconnect.

Later, Convo’s marketing team sent an email to Convo customers again asserting that an “issue” was at fault. The script and subsequent email implicitly pinned the root cause outside of Interpreting Operations and on to the d/Deaf technology teams and specialists. The “technical issue” narrative was an outright lie; the system was working exactly as intended. The script was later modified to downplay the “technical issue” narrative but was still in direct violation of federal regulations. VRS users are protected from VIs effectively screening their call and disconnecting due to the foreseen length of the call, which is what this new script implied. The guidance to disconnect calls when there was no way out does not align with the intent of VRS.

While Convo scrambled for days to come up with a permanent solution that reverts the call priority to a reasonable order, the problem remained. The disinformation campaign led by upper management wrenched a deeper divide between VIs and Convo.

After extensive pressure and demands for action from VIs, the call priority was finally adjusted. As of October 15, 2021, VIs are able to successfully complete a transfer request and call a team before new calls are routed to the next available VI. This is thanks to the dedication of their engineer counterparts who worked tirelessly to undo what had been asked of them just the week before by upper management. What remains to be addressed are the root causes of the toxic workplace Convo employees find themselves in: the gaslighting, the lack of transparency, the misuse of company money and resources, and the complete disregard for the well-being of VIs.

In response to the wrongdoings, the malfeasance, the ineptitude it is time to say: NO MORE. Demand to be seen and heard for the changemakers and pioneers you are. Deceit to protect the pocketbooks of those in power will not be accepted. We must come together and do better for our community. 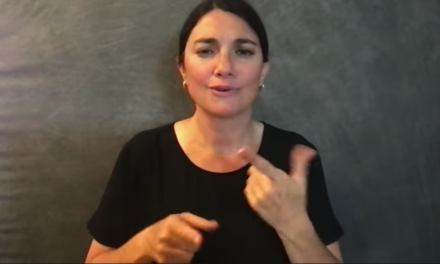